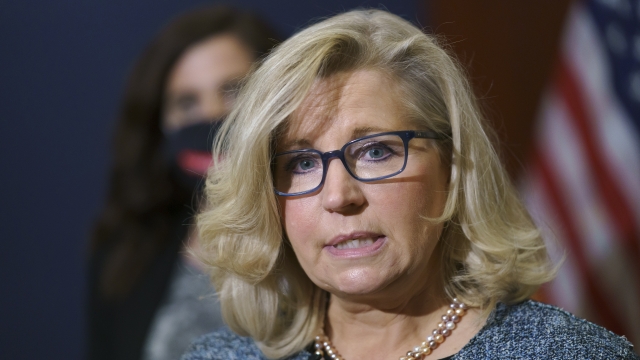 SMS
McCarthy Supports Stefanik Over Cheney
By Robin Dich
By Robin Dich
May 10, 2021
As early as Wednesday, House Republicans could vote to remove Rep. Liz Cheney of Wyoming from her leadership positions within the party.
SHOW TRANSCRIPT

Congress returns this week and this is what everyone's eyes are on.

As early as Wednesday, House Republicans could vote to remove Rep. Liz Cheney of Wyoming from her leadership positions within the party.

Right now she is the third-ranking House Republican.

The top House Republican, Kevin McCarthy, has already made his endorsement of who should replace her.

"We're in one of our biggest battles ever for this nation and the direction, whether this next century will be ours as conference chair, you have one of the most critical jobs that the messenger of going forward." said Rep. Kevin McCarthy in an interview with Maria Bartiromo on Fox News. "That's why we need a conference that's United. That's why we need a conference chair that is delivering that message day in and day out and uniting the nation to make sure that we are on the right foot and going for."

Bartiromo asked, "Do you support Elise Stefanik for that job?"

"Yes, I do," McCarthy responded.

Cheney spoke out against former President Donald Trump for continuing to promote claims that the 2020 election was stolen.

McCarthy was critical of Trump's role in the January 6 insurrection, but has since gone back on his previous remarks.