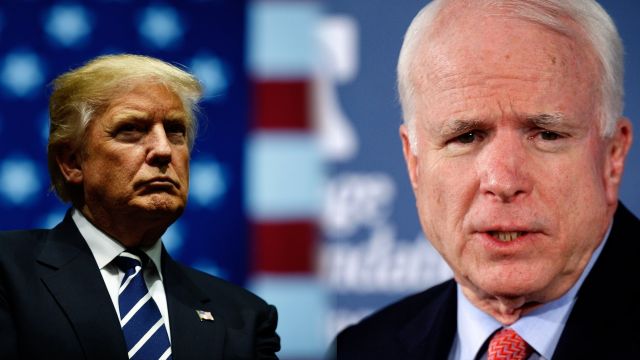 SMS
McCain: Trump Should Provide Evidence For Wiretap Claim Or Retract It
By Ethan Weston
By Ethan Weston
March 12, 2017
The White House has until Monday to present evidence of Trump's claim to the House Intelligence Committee.
SHOW TRANSCRIPT

"The president has one of two choices, either retract or to provide the information that the American people deserve," McCain told CNN's Jake Tapper.

Last weekend, the president claimed that former President Barack Obama wiretapped Trump Tower during the election. But so far, the president has provided no proof to back up his accusation. 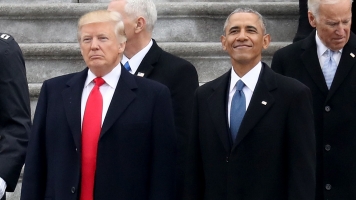 The White House asked Congress to investigate the wiretapping claims, and the House Intelligence Committee incorporated it into its Russia investigation. According to the Associated Press, the committee asked the White House to turn over its evidence by Monday.

But Sen. Roy Blunt pointed out that the White House shouldn't need Congress to investigate. As president, Trump could just ask intelligence officials for wiretapping evidence — if it exists.