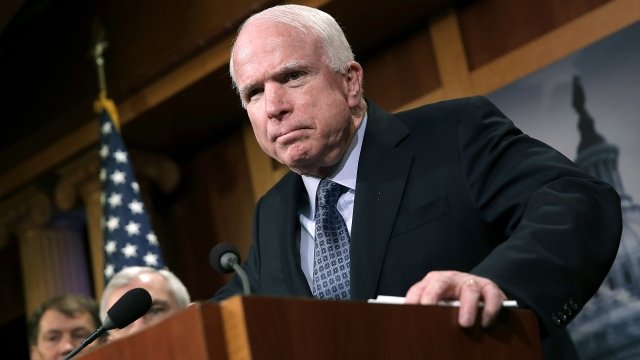 Sen. John McCain is back home in Arizona recovering from his brain cancer treatment.

And it looks like he won't return to Washington in time for the final vote on the GOP tax overhaul bill.

According to a joint statement from McCain's office and his doctor, he is "responding positively" to the treatment and went to Arizona to "undergo physical therapy and rehabilitation." 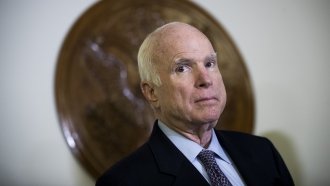 The statement said he's expected to be back in Washington in January. But his absence likely won't affect the outcome of the vote.

Republicans have a narrow 52-48 majority in the Senate. And it appears the legislation will pass by a slim margin after Republican holdouts, including Sen. Marco Rubio and Sen. Bob Corker, agreed to support it last week.

A vote on the bill is expected in the House and the Senate early this week.