Mueller Reportedly Has Memos McCabe Wrote About His Talks With Trump 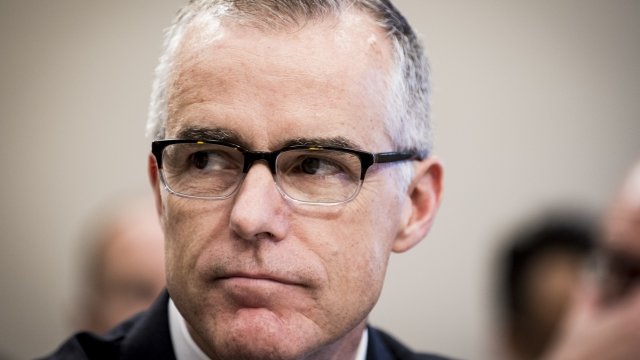 The Justice Department said McCabe misled investigators, but McCabe said his firing was a political hit job. He reportedly had four interactions with Trump during his brief time leading the FBI. He said the president berated him each time about his wife's failed Senate race in which she accepted money from a Hillary Clinton ally.

McCabe could be a potential witness for special counsel Robert Mueller because he might be able to corroborate the testimony of his former boss, James Comey, about Comey's interactions with the president.

If the memos echo those taken by Comey following his own interactions with Trump, they could be evidence in a possible obstruction of justice case against the president.