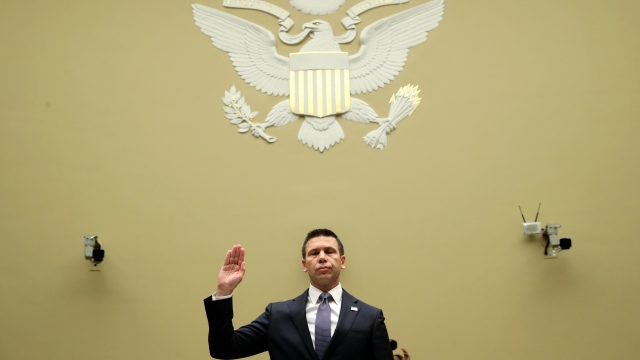 Last week, committee chairman Bennie Thompson issued a subpoena to McAleenan for the public hearing. It's focusing on global terrorism, but the Associated Press reports that it's "highly likely" the lawmakers will ask McAleenan about his time in the Trump administration.

McAleenan initially said he wouldn't testify. He resigned as Homeland Security secretary earlier this month, and the hearing is taking place on his next-to-last day in office. He said he needed to spend that day focusing on the department's transition.

The Homeland Security chief said in a letter sent to Thompson he was "disappointed, and extremely surprised" that he was subpoenaed, "given the productive working relationship" he and Thompson have had in the past.

According to a letter from Thompson on Tuesday, McAleenan agreed to appear voluntarily and the subpoena's been withdrawn.