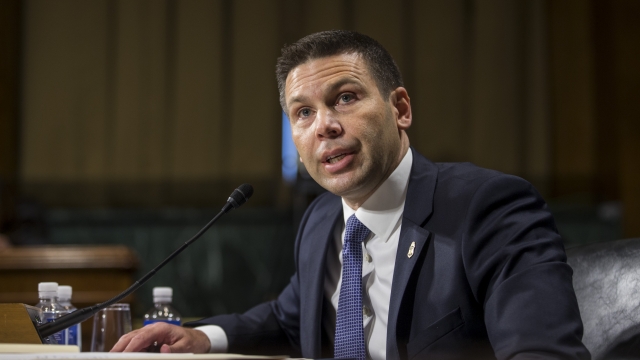 The head of Homeland Security says the number of migrant children remaining in U.S. Customs and Border Protection custody after crossing the border has dropped significantly.

Acting DHS Secretary Kevin McAleenan told ABC's "This Week" that only 350 children were in CBP custody as of Saturday. He noted that number had been at 2,500 on June 1.

Of those 2,500, McAleenan said roughly 1,200 had been with the agency for more than three days. Only 20 of the 350 children on Saturday had been in CBP custody for that long.

Most unaccompanied migrant children stay with CBP until they can be shifted into the care of the Health and Human Services Department. HHS officials then attempt to find a relative or sponsor in the U.S. to unite the child with.

Under current law, unaccompanied migrant children are supposed to be transferred into HHS's care within three to five days of being apprehended.

But the high number of apprehensions was causing overcrowding issues at HHS facilities, so some unaccompanied migrant children were reportedly having to wait weeks in CBP processing centers. McAleenan said HHS used some of the money from Congress to buy additional beds to help alleviate the problem.