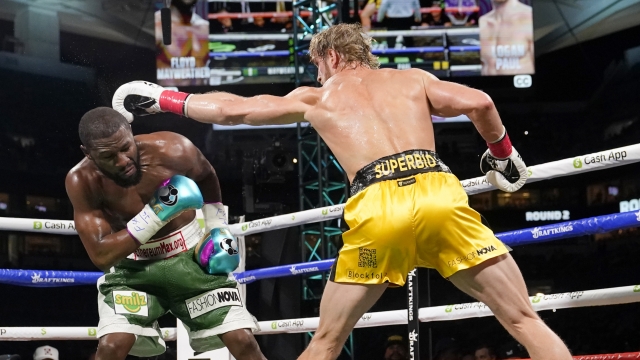 SMS
Mayweather-Paul Ends Without Knockout
By Eliana Moreno
By Eliana Moreno
June 7, 2021
There were no winners in the Floyd Mayweather versus Logan Paul fight last night. No one got knocked out, but Paul impressed by going eight rounds.
SHOW TRANSCRIPT

There were no winners in the Floyd Mayweather versus Logan Paul fight last night.

The pay per view event didn't have judges and was called an exhibition match.

44-year-old Mayweather is six inches shorter and weighs almost 35 pounds less than Paul, who is a Youtube star.

Still Mayweather showed off his skills.

No one got knocked out and people were impressed at Paul's ability to last eight rounds against one of the best boxers in history.