'We Are Dying': In Puerto Rico, A Mayor Begs For Help 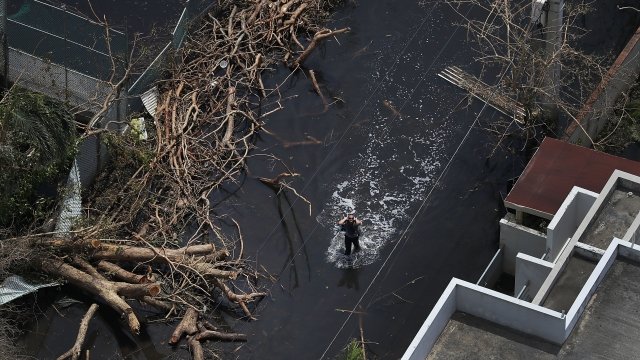 SMS
'We Are Dying': In Puerto Rico, A Mayor Begs For Help
By Lindsey Pulse
By Lindsey Pulse
September 30, 2017
San Juan Mayor Carmen Yulín Cruz had some sharp words about the "inefficiency" of federal response to Hurricane Maria.
SHOW TRANSCRIPT

"We are dying here, and I cannot fathom the thought that the greatest nation in the world cannot figure out logistics for a small island of 100 miles by 35 miles long," Cruz said. 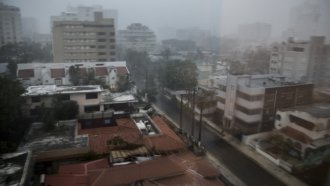 The storm left Puerto Rico with a humanitarian crisis. Maria knocked out the island's power, caused an estimated $30 billion in damage and left residents struggling to obtain food, water and fuel.

President Donald Trump responded to Cruz's rebuke, saying the mayor "has now been told by the Democrats that you must be nasty to Trump." He said she had "poor leadership ability."

Cruz's plea for aid challenges Trump's praise of the disaster response. Roughly 10,000 emergency personnel are on the island working to distribute aid and restore power. The Department of Homeland Security has sent barges to deliver meals, water and other necessities to Puerto Rico.

But Puerto Rican officials say supplies have been held up in ports, unable to be delivered. And the lieutenant general in charge of coordinating relief efforts said that a 10,000 person response was "not enough."

"I am asking the members of the press to send a mayday call all over the world — we are dying here," Cruz said. "And if we don't get the food and the water into people's hands, what we are going to see is something close to a genocide."