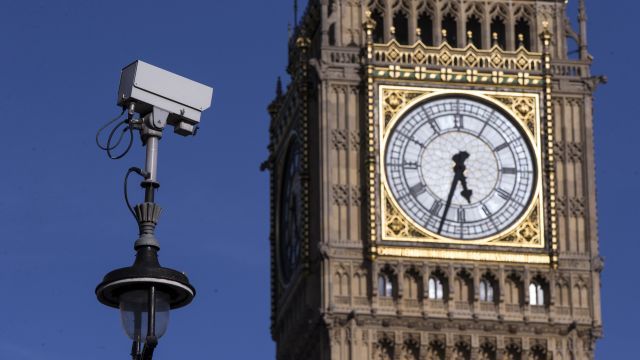 SMS
The UK Already Has Tons Of Surveillance. So How Does It Up Security?
By James Packard
By James Packard
June 5, 2017
With an election just days away, political talk in the U.K. has shifted to whether the police have what they need to respond to terror.
SHOW TRANSCRIPT

London police say they and British intelligence had their eyes on one of the London attackers before Saturday. So why wasn't the attack stopped?

That's a loaded question. First, police say there was no evidence that the attack was planned, so the investigation wasn't a top priority. They say they're dealing with 500 counterterror investigations involving 3,000 people of interest right now.

And some policymakers argue the police don't have the resources to do an adequate job of investigating and stopping terror plots. The country's upcoming election could change that.

U.K. Prime Minister Theresa May is currently fighting for her job against Labour Party leader Jeremy Corbyn. And they have different plans to address that issue.

Corbyn accuses May of overseeing a drop of almost 19,000 police officers during her time as head of the Home Office — that's the government ministry that oversees immigration, police, counterterrorism and other public safety-related concerns.

For her part, May says she protected counterterror police from that slump. And crime fell by 30 percent on her watch.

She also went after Corbyn for opposing shoot-to-kill measures. Back in 2015, Corbyn said he "wasn't happy" with the shoot-to-kill policy for police. Corbyn said that comment was taken out of context, but he didn't clarify his stance in an interview with BBC News taken after Saturday's attack. 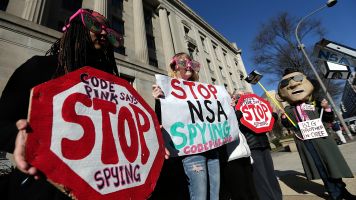 Corbyn says there needs to be more police funding and more police on the streets in the U.K. He also wants more intelligence-gathering.

That's something May might agree with him on. On Sunday, she called for stricter internet regulation to be able to identify would-be attackers.

The thing is, British police and security services already have some of the world's strongest surveillance policies for a democracy. Just this year a measure went into effect allowing the government to hack into the devices of people in the U.K.

And on the ground, the U.K. already has pretty extensive surveillance, especially in London. Closed circuit television, or CCTV, cameras are all over the place.

In some cases, measures like that may be working. May said police stopped five "credible" terrorist plots since a March attack in London.

Voters head to the polls in the U.K. on Thursday to choose their parliamentary representatives. The head of the party with a majority of seats in Parliament will be the de facto prime minister.