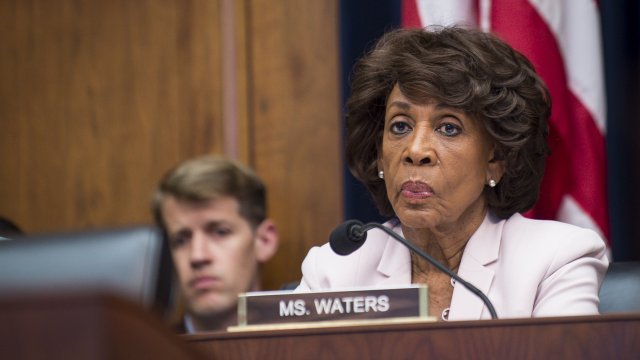 In 2017, black people occupied less than 3 percent of the tech jobs at Facebook, Google, Amazon and Twitter.

The caucus met with several tech giants, including Airbnb, Apple and Twitter, to talk about how to improve the number of diverse employees at some of the country's most profitable businesses.

For now, the tech sector still has a a diversity problem. In 2017, black people occupied less than 3 percent of the tech jobs at Facebook, Google, Amazon and Twitter. At Apple, black employees were at 8 percent, but none of these companies have black employees represented at an equal rate to the U.S. population.

The caucus made three publicized trips to Silicon Valley since it formed its tech diversity task force in 2015. While some strides have been made, like Facebook naming its first black board member in January, members of the caucus have seemingly grown frustrated with tech companies.

Waters even threatened legislative action to improve the stubbornly low number of minority employees. She said: "I'm talking about using the power that our voters have given us to produce legislation. ... I'm not urging. I'm not encouraging. I'm about to hit some people across the head with a hammer."

But, hitting anybody over the head with anything, legislatively speaking, might be difficult if Democrats are still a minority in the House in 2018.