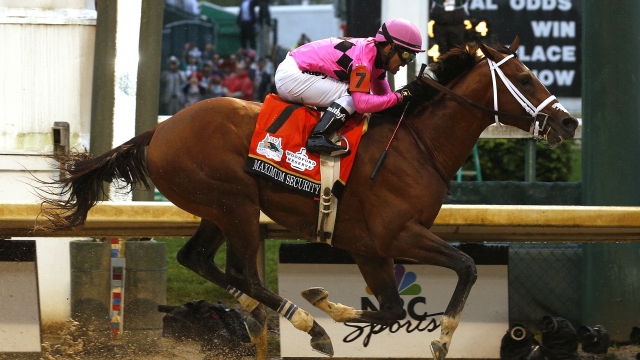 An appeal filed by the owners of disqualified Kentucky Derby winner Maximum Security has been denied.

According to several reports, the Kentucky Horse Racing Commission denied the appeal just hours after it was filed Monday.

Owner Gary West said during an interview with Fox News he expected the appeal would be denied, and he'll be filing a lawsuit over the ruling.

But it's unlikely a court will overturn the decision. One equine lawyer told the Courier-Journal judges typically defer to horse racing officials and commissions because they're the experts on the matter.

Maximum Security was disqualified from the Derby after officials determined the horse impeded the progress of several other horses. It was the first time in the race's 145-year history that a horse who finished first in the Kentucky Derby was disqualified. Country House was declared the winner of the race.