Mattis To Visit Macedonia Ahead Of Vote, Fears Of Russia Interference 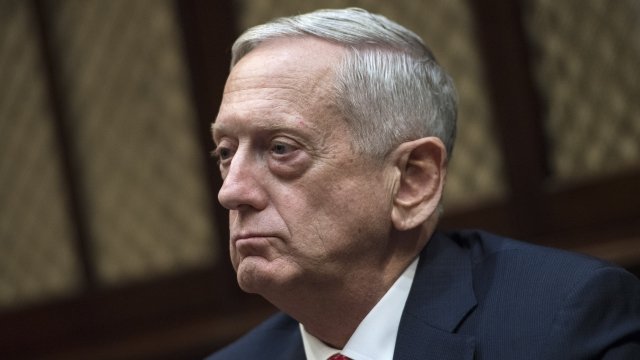 SMS
Mattis To Visit Macedonia Ahead Of Vote, Fears Of Russia Interference

By Andrea Gonzales
September 12, 2018
Macedonia considers changing its name and an invitation to join NATO and the EU.
SHOW TRANSCRIPT

Defense Secretary Jim Mattis announced Tuesday he will visit Macedonia this weekend ahead of a vote that could end in the country changing its name.

Mattis expressed concern about Russian interference in the Sept. 30 referendum. He said he wants to “make very clear” the U.S. stands with Macedonia as it considers an invitation to join NATO and the EU.

As Newsy previously reported, Macedonians will consider changing the country’s name to the "Republic of North Macedonia." The country has been in a longstanding feud with Greece, which also has a region named Macedonia. Greece has previously blocked Macedonia from joining NATO and the European Union.

Mattis told reporters Tuesday he's concerned about the “kind of mischief that Russia has practiced from Estonia to the United States, from Ukraine and now to Macedonia."

Tensions between Russia and NATO have only escalated since the country intervened in Ukraine in 2014. Russia is strongly opposed to Macedonia joining NATO and the expansion of the alliance. The Russian Foreign Ministry previously called it, "a tool to gain control of geopolitical territory."