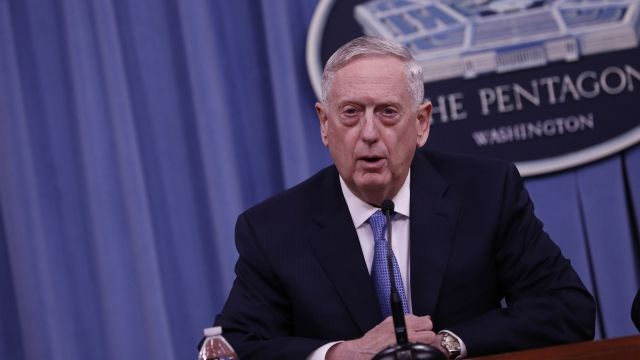 SMS
US Defense Secretary Mattis Says Syria Still Has Chemical Weapons
By Katherine Biek
By Katherine Biek
April 21, 2017
The Syrian government agreed in 2013 to hand over all of its chemical weapons.
SHOW TRANSCRIPT

While in Israel Friday, Secretary of Defense Jim Mattis accused the Syrian government of violating an agreement it made in 2013 to hand over all its chemical weapons.

"There can be no doubt in the international community's mind that Syria has retained chemical weapons in violation of its agreement and its statement that it had removed them all," Mattis said.

The agreement was brokered after a sarin attack that year killed hundreds of people outside the Syrian capitol of Damascus.

Mattis made the recent statement after another major chemical attack in Syria earlier this month killed more than 80 people. 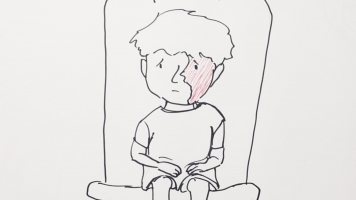 Assad has long said Syria surrendered its chemical weapons in 2013, and he reiterated that most recently in an interview with Agence France-Presse.

"There was no order to make any attack," Assad said. "We don't have any chemical weapons."

Instead, Assad suggested the U.S. fabricated the most recent chemical attack to justify its military strike.

Mattis wouldn't say how many chemical weapons he thinks Syria still has, but he did warn the country during a press conference with his Israeli counterpart Friday.

"They'd be ill-advised to try to use any again," he said. "We made that very clear with our strike."