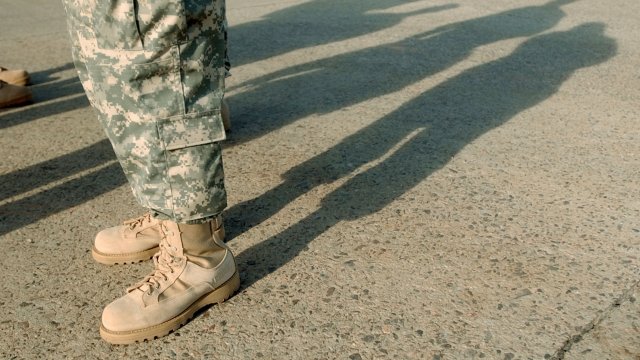 Mattis is creating a panel of experts to determine how the military should put President Donald Trump's new transgender guidelines into effect.

Secretary of Defense Jim Mattis is creating a panel of experts to determine how the military should put President Donald Trump's new guidelines for transgender service members into effect.

Mattis said in a statement Tuesday the panel will be made up of people from the departments of Defense and Homeland Security.

Members will be tasked with developing a system to "promote military readiness, lethality, and unit cohesion, with due regard for budgetary constraints and consistent with applicable law."

But in the meantime, Mattis said the current policy allowing openly transgender individuals already in the military to serve will stay in place.

The president's memo called for three things — return to the transgender military policy that was in effect before June 2016; maintain the current policy on accession of transgender individuals; and stop paying for "sex-reassignment surgical procedures" for military personnel. The effective dates for all three changes are in 2018. So Mattis' clarification that "current policy with respect to currently serving members will remain in place" is in line with Trump's order.

Exactly how the new policy will be implemented has yet to be determined. Officials have until February to figure out the details.

But, as part of that implementation plan, officials need to determine how to address transgender troops currently serving in the military. And until that happens, the memo states, "No action may be taken against such individuals."