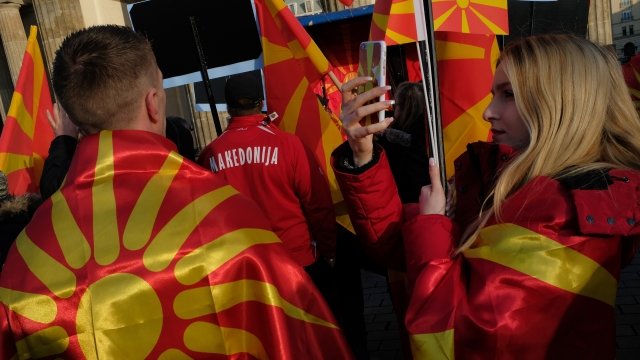 By Katie Cammarata
September 17, 2018
Macedonians are voting Sept. 30 whether to change the country's name to North Macedonia so it can join NATO and the EU.
SHOW TRANSCRIPT

Defense Secretary Jim Mattis was in Macedonia Monday. He was there to offer support for the country's name change referendum. Speaking to reporters, he condemned Russian attempts to influence the vote.

Mattis said he has "no doubt" Russia is using its money and influence to build an opposition and defeat the referendum.

On Sept. 30, Macedonians will vote on whether to change the country's name to North Macedonia.

The move is an attempt to placate Greece. The country has been vetoing Macedonia's attempts to join NATO and the E.U. for years. That's because Greece says Macedonia's name indicates a territorial claim to a northern Greek territory of the same name.

But if Macedonians vote to officially change the name, it would be free and clear to join NATO and the E.U. Russia opposes the move, saying the country would become a target if Russia-NATO relations don't improve.

Russia denies any interference in the referendum.