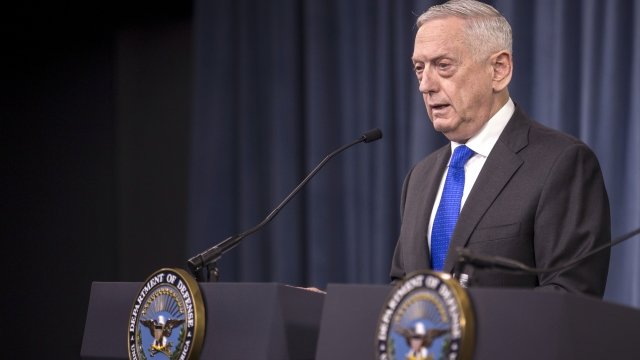 By Cristina Mutchler
October 1, 2018
According to multiple media outlets, the Defense Secretary was supposed to hold security talks with Chinese officials there this month.
SHOW TRANSCRIPT

Defense Secretary Jim Mattis reportedly won't be making a planned trip to Bejing this month due to the strained relationship between the U.S. and China.

According to multiple media outlets, Mattis was supposed to visit the country for talks with Chinese officials regarding security issues. The New York Times reports that the meeting was canceled by China, while CNN reports that it was Mattis who pulled out of the trip.

Either way, the move comes as tension has been growing between the two countries. They've been at odds recently over trade and tariffs, military sanctions and election interference accusations.

During a press conference at the United Nations General Assembly Wednesday, President Donald Trump addressed his rocky relationship with Chinese President Xi Jinping, indicating the two might not be as friendly as they once were.

The Pentagon hasn't publicly commented on the trip or the reported cancellation.