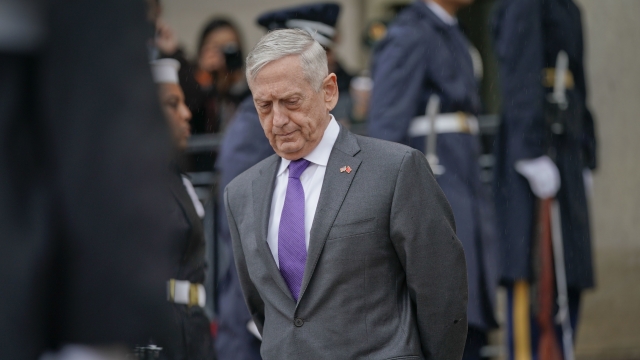 A growing number of former U.S. military leaders are criticizing President Donald Trump's response to protests across the nation.

He also condemned the Trump administration's decision to forcibly clear protesters from streets near the White House Monday, so President Trump could walk to St. John's Episcopal Church. Mattis called it an "abuse of executive authority."

Mattis's statement was surprising since he said last year that he felt it was his duty not to criticize his former boss while President Trump remained in office. Mattis resigned as defense secretary in late 2018.

Elsewhere, retired Marine Gen. John Allen took his turn criticizing Monday's events in Washington D.C.'s Lafayette Square. He wrote in an op-ed for Foreign Policy, "It wasn't enough that peaceful protesters had just been deprived of their first-amendment rights—this photo-op sought to legitimize that abuse with a layer of religion." Allen formerly led U.S. and NATO forces in Afghanistan.

Mike Mullen, the former chairman of the Joint Chiefs of Staff, also criticized the president earlier this week, saying, "This is not the time for stunts. This is the time for leadership."