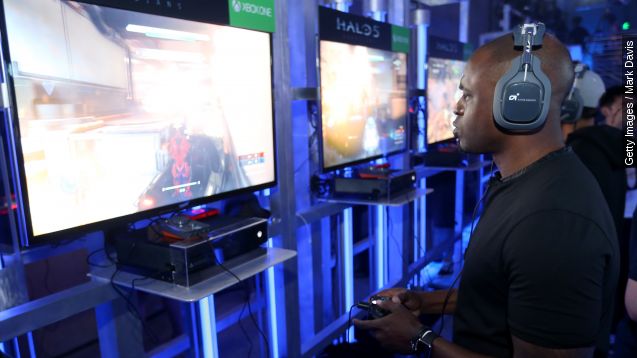 The highly anticipated "Halo 5: Guardians" was supposed to be ready to play at 12:01 a.m. Tuesday. But much to the dismay of gamers everywhere, Master Chief was stuck in download. (Video via Xbox)

Frustrated fans took to the Internet to complain about the slow download of the game. One user tweeted:

Other users wrote on Reddit they waited from 12 a.m. Tuesday, when the game was open for download, until later that morning. (Video via Xbox)

The game is not particularly light. It consumes more than 10 percent of the space offered in the standard model of Xbox One, taking up about 55 of the 500 gigabytes available in the system. (Video via IGN)

Xbox has since released a troubleshooting guide to help users speed up the process of downloading the game "Halo 5" fans have been waiting for since Xbox announced it in May of last year.

But Polygon says the trick is to switch from Wi-Fi to an Ethernet cable and restart the download.

This is not the only technical problem "Halo" has faced. "The Master Chief Collection" had a series of connectivity issues that made some online features almost unusable. (Video via Xbox)