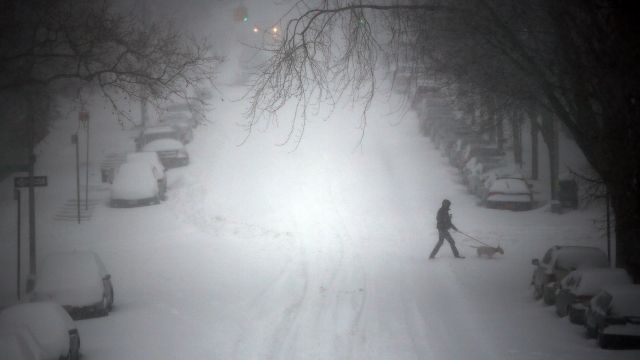 The massive snowstorm  the East Coast is moving north and getting worse.

New York City, Baltimore and Washington, D.C., are all expected to get several feet of snow over the weekend. Thousands of flights have been canceled, and officials are urging citizens to stay off the roads.

Southeastern states, like Tennessee, have already been hit by the storm. More than 200 crashes have been reported across Nashville alone.