A Massive Wildfire On The Florida-Georgia Border Continues To Spread 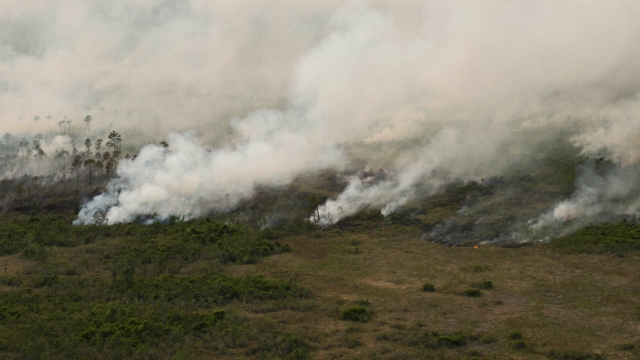 SMS
A Massive Wildfire On The Florida-Georgia Border Continues To Spread
By Briana Koeneman
By Briana Koeneman
May 8, 2017
The blaze was ignited by a lightning strike at the Okefenokee National Wildlife Refuge on April 6. And it's scorched nearly 130,000 acres.
SHOW TRANSCRIPT

A massive wildfire continues to burn on the border of Florida and Georgia.

And it isn't showing any signs of slowing down.

According to fire officials, the blaze, dubbed the West Mims fire, was ignited by a lightning strike at the Okefenokee National Wildlife Refuge on April 6.

Over a month later, the flames have scorched over 130,000 acres, and the smoke can be seen from space. Firefighters have only 12 percent of the fire contained. 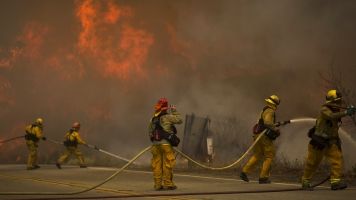 Officials said hot and dry weather conditions fed the flames over the weekend.

On Sunday, authorities issued a mandatory evacuation order for the southeastern Georgia town of St. George.

And residents in Nassau County, Florida, have been warned that they too might need to leave their homes.

Officials say it could take until November to contain the blaze.