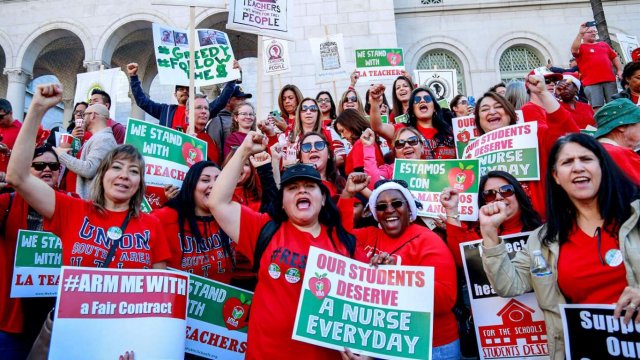 A massive teachers strike in Los Angeles is officially on.

After weeks of failed negotiations between United Teachers Los Angeles and the Los Angeles Unified School District, thousands of educators and staff members were set to walk off the job Monday.

UTLA's secretary confirmed to CNN Sunday night, "We did not receive a proposal over the weekend, and we will be striking tomorrow."

Along with higher wages and better working conditions, teachers are looking to shrink class sizes and hire more support staff like counselors, nurses and librarians. But the school district says there simply isn't enough money to meet all of those demands.

The last time Los Angeles saw a teachers strike was back in 1989.