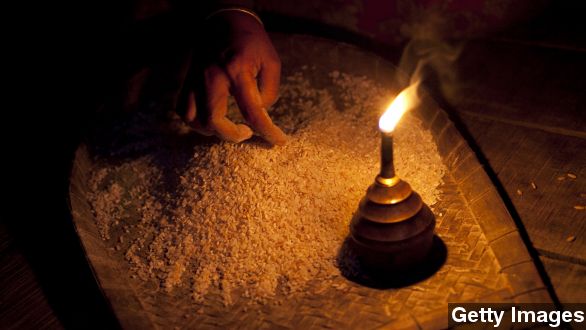 The majority of Bangladesh's 160 million people were without electricity for about 12 hours Saturday after a massive blackout swept through the country.

EURONEWS: "Local media claim it was due to the failure of a transmission line that brings electricity from India to its northeastern neighbor."

While the official cause of the outage is unknown, The Indian Express reports Bangladesh blamed the power failure on Indian infrastructure, while Indian authorities claim the blackout stemmed from Bangladesh's power grid.

This is the worst blackout Bangladesh has seen since a cyclone ripped through the country in 2007, killing thousands and exposing the country's flimsy infrastructure.

The Indian-Bangladesh power line has been running since October 2013. But blackouts like this could point to a more serious issue.

According to a report from the World Bank published in April, Bangladesh would need anywhere from $74 billion to $100 billion in the next 10 years to update its infrastructure.

The report said Bangladesh would need to dedicate anywhere from $11 billion to $16.5 billion to update its power system alone.

Bangladesh is considered one of the world's most energy-poor countries and roughly 40 percent of its residents don't have access to electricity.