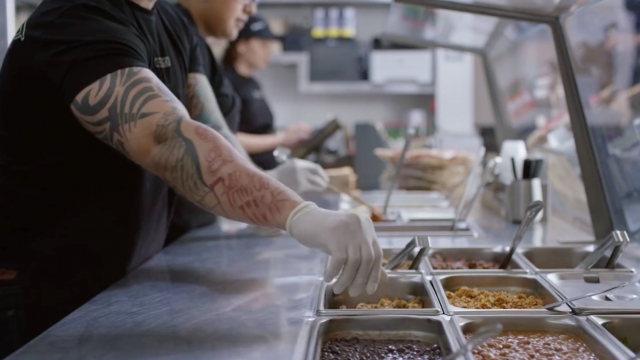 SMS
Massachusetts Chipotle Restaurant Closes Over Norovirus Concerns
By Melissa Prax
By Melissa Prax
March 9, 2016
A Chipotle restaurant northwest of Boston has shut down after one of its employees fell ill.
SHOW TRANSCRIPT

Chipotle is in the spotlight, again — this time for norovirus concerns after a worker fell ill, causing a location northwest of Boston to temporarily close its doors.

No customers have reported health concerns yet, but one of the employees was diagnosed with norovirus, and several others reportedly said they were feeling sick and could also be ill.

In the past few months, several E. coli and norovirus outbreaks have put the restaurant chain under fire, so it held a nationwide food safety meeting with all of its employees at the beginning of February.

The health department plans Wednesday to inspect the Massachusetts restaurant. The location voluntarily shut down and has not said when it will reopen.