Mass. Town May Be First To Completely Ban Tobacco Products 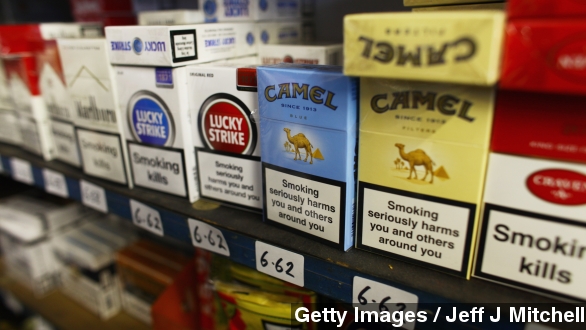 SMS
Mass. Town May Be First To Completely Ban Tobacco Products
By Jasmine Bailey
By Jasmine Bailey
November 9, 2014
A controversial proposal in Westminster, Mass. would prohibit the sale of any tobacco products inside the city limits.
SHOW TRANSCRIPT

Just about every convenience, drug and grocery store in the U.S. carries tobacco products.

But now, in a move that's a first of its kind, officials in Westminster, Mass. have proposed a ban that would force residents to go outside the city limits if they want to buy something to puff on.

That includes cigarettes, cigars, chewing tobacco, even e-cigarettes or vaporizers.

WESTMINSTER HEALTH AGENT VIA CBS: "We want to save people's lives and protect the health of the community. ... It's the only product that if you use it as directed, 50 percent of you are going to die. I mean that's outrageous."

According to the proposal, which was posted on the town's website, only the sale of the products would be banned. That means residents can still use them, just not buy them locally.

Under the proposal, business owners who violate the ban would be subject to a $300 fine and the suspension of their business permit. As you can imagine, the plan is being met with opposition from store owners.

One says tobacco sales account for about six percent of the store's revenue, telling The Boston Globe, "Where do you draw the line, a candy ban because it causes diabetes? Are we going to ban bacon because it causes [high] cholesterol? It seems like a slippery slope."  While another expressed a different concern. "Businesses won’t want to come to this town anymore, and the value of our businesses will go down."

NATIONAL LAW JOURNAL CONTRIBUTOR VIA FOX NEWS: "There have been studies that say for convenience store​s one third of their revenue can come from tobacco. So this is a major hit in the wallet, it really puts the hurt on these people and it cost a lot of tax revenue."

​​WHDH: "I'm a big believer on giving local communities the ability to make decisions on all kinds of things. I think that one is probably almost unenforceable and a bad idea."

While no city has outright banned the sale of tobacco products, earlier this year CVS pharmacy announced it would stop selling them in its 7,600 store nationwide.

LARRY MERLO PRESIDENT AND CEO OF CVS: "Tobacco products have no place in a setting where healthcare is delivered."

Even if it means the huge loss of revenue.

And remember: hundreds of counties in the nation are dry — meaning they have bans on the sale of alcohol.

You can see here — the red counties are dry and the yellow ones are mixed, because they might ban alcohol sales on Sundays, for example.

As far as Westminster's proposal on tobacco, residents will have the chance to voice their opinions at a public hearing Nov. 12.