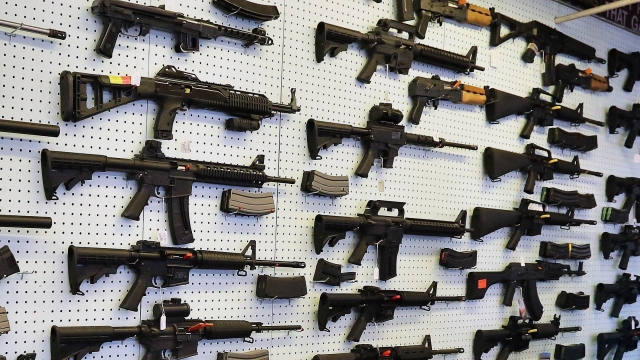 SMS
Mass Killings Have Claimed The Lives Of Nearly 3,000 People Since 2006
By Maura Sirianni
By Maura Sirianni
August 20, 2022
Data shows that most mass killers are men. Meanwhile, victims are nearly equal between men and women.

While high profile, public mass killings tend to capture the most attention, new data shows they only tell part of the story when it comes to trends in violence in America.

"My main priority is to honor my daughter's name — that's not gonna change — and be an advocate for change," said Alfred Garza III, the father of a Uvalde, Texas shooting victim.

An all-too familiar story unfolding over the past several decades in America.

But findings in a startling analysis released by the Associated Press, USA Today and Northeastern University, show high-profile mass killings, like the massacre in Uvalde, Texas, make up only a small fraction of mass killings in the U.S.

"If you're in a violent relationship where you're noticing possession, over-jealousy, violence of any sort, that conversation with someone who knows violence and how it can escalate, and the safety planning piece is pretty critical," said Carmen Pitre, President and CEO at Sojourner Family Peace Center.

Data from the report shows 2,644 people have lost their lives in 504 mass killing incidents since 2006, including deaths by all weapons and means.

In addition to how these mass killings happen – most were done using semiautomatic handguns– the report also highlighted who was committing these deadly acts. It found that most mass killers are men. Meanwhile, victims are nearly equal between men and women.

"It's become clear that the two parties in Washington have very different solutions of putting an end to the violent crime wave across the nation," said Rep. James Comer.

As lawmakers invest millions to prevent gun deaths, the report also noted the violence is not confined to big cities.

In July, residents in Cincinnati's West End held a "stop the violence" block party for families who have suffered some of the most heartache in the city.

"We're out here allowing the kids to have fun. Letting them know every day don't have to be a day where you have to duck, hide, or be scared," said Pastor Tonya Sanderson.

One of the many examples of communities across the U.S. coming together to put an end to violence.

Mass shootings tend to motivate people to do something about gun laws.

James Alan Fox, a Northeastern professor who helped compile data for the study, said most of the laws being proposed will have limited effect on mass shootings; but acknowledge that these laws are important in light of the thousands of gun homicides that occur each year.