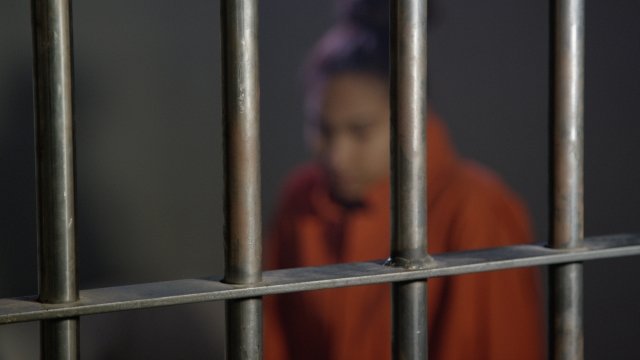 You've probably heard this many times before: The U.S. locks people up at a higher rate than any other country in the world. But did you know that more than half of those behind bars are parents to minors? In other words, more than five million children in the U.S. have had a parent who cared for them go to jail or prison. And these kids can carry significant scars with them into adulthood.

She just published a study describing what these scars may look like. She and her colleagues analyzed national survey data from over 13,000 young adults. Ten percent had a parent incarcerated during their childhood. And compared to their peers, they grew up more likely to forego necessary medical care, use drugs and engage in risky sexual behaviors.

“If you go from having a mother and a father working to just one [working parent], then all of a sudden you've got a financial strain, and that could plummet a family into poverty. And poverty in and of itself can be a huge barrier to seeking health care and to maintaining good health long-term,” Heard-Garris said. 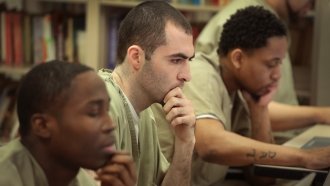 Here's How Some States Are Already Reducing Prison Populations

"I definitely was surprised. One of my main thoughts was that if a mom was incarcerated, that would somehow be worse than having a father incarcerated. That was just my general bias thinking, 'Yeah, moms are going to have more influence,'" Heard-Garris said.

Previous research found that young adults with a history of parental incarceration have higher rates of depression, PTSD, asthma and HIV. Heard-Garris hopes that by revealing the more specific unhealthy behaviors that these individuals demonstrate later in life, her study can help mitigate them as early as possible.

Heard-Garris said: "Many of us are probably not asking because we don't know how. We don't know that it's important. So I think even before that, we should identify; we should ask, 'Where's Mom today, or Dad today?', if we don't know. And say, 'A lot of people are dealing with incarceration' and trying to normalize it. Maybe we can be the facilitators of groups, to start support groups or networks within our clinics and our hospitals and our communities. And I'm hoping that people are going to be able to tell their stories and link up with others and use this as a method to empower them, not only to find communities, but to advocate for themselves and tell us as health care workers and policymakers that we got to stop, we got to make our country healthier."

"We're not talking about being soft on crime. I think what we're talking about is examining policies that impact people differently. And if everything needs to be something that is punishable by being behind bars, or are there other mechanisms to service and rehabilitation that can take place outside of the walls of a prison or a jail. Because, like we've seen, they have ripple impacts on generations to come. And also create opportunities and resources so people don't need to resort to crime and they're not caught in the system and they can't get out."