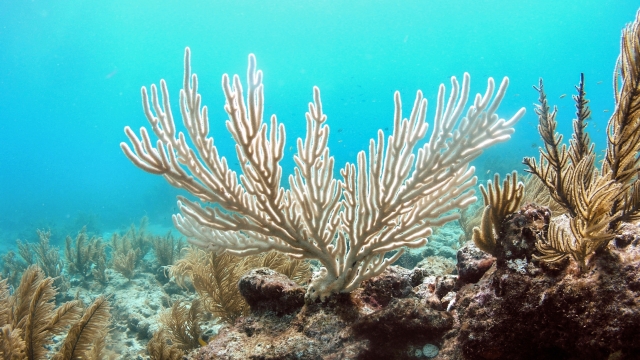 The study, published in the journal Nature Wednesday, specifically looked at the number of adult corals last year after two back-to-back bleaching events in 2016 and 2017. Bleaching events happen when the ocean reaches above-average temperatures.

The study found that the events harmed so many coral that new coral numbers were down 89 percent last year.

Normally, when a large part of the reef is damaged, coral from other parts of the reef help rebuild the damaged areas by seeding them with coral larvae. But the 2016 and 2017 mass bleachings affected large portions of the reef, and the areas least affected by the events were too far away from the damage to help make up for the losses.

Scientists who worked on the report said coral recruitment in the Great Barrier Reef could recover in five to 10 years — if there aren't any more mass bleaching events.

But the chances of that are looking increasingly unlikely. A 2017 study found that as sea temperatures begin to rise due to climate change, mass bleaching events will become more and more common worldwide until they happen every year.

The more recent study's lead author said in a statement that there's only one fix for the issue: "reducing greenhouse gas emissions to zero as quickly as possible."