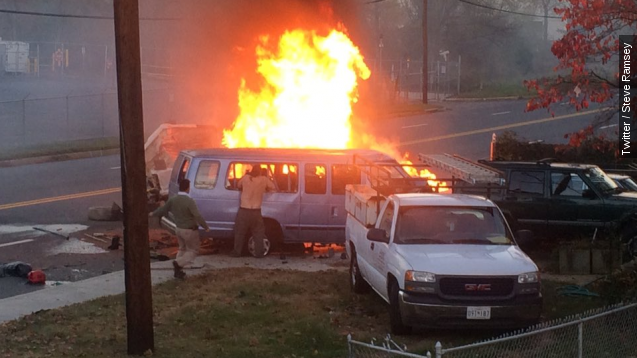 A fiery car crash killed four and injured multiple others in Maryland Sunday.

At least four people, including one child, are dead after a van crashed with a pickup truck and broke out in flames in a Maryland suburb Sunday afternoon. (Images via Twitter / @KRUZ8ER)

According to local reports, the crash occurred in Hyattsville just north of Washington D.C. At least 11 other people were injured, though authorities warn that number could change as the investigation continues.

Investigators are trying to determine what caused the crash.