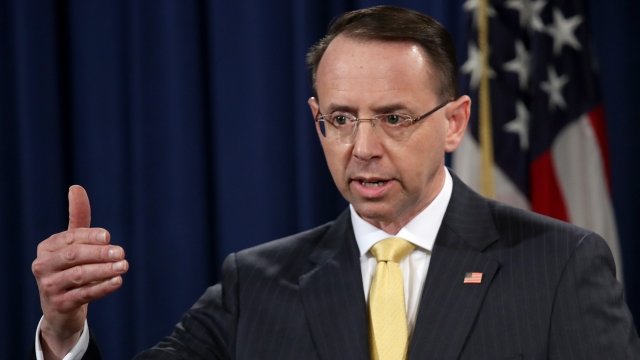 Many weren't pleased when President Donald Trump tapped Matthew Whitaker to be acting attorney general after Jeff Sessions was ousted from the position.

And now, the state of Maryland is reportedly planning to take legal action to challenge that decision.

According to a draft filing obtained by The New York Times, the state says President Trump can't "bypass the constitutional and statutory requirements for appointing someone to that office."

Many have also pointed out Whitaker's lack of credentials and his repeated criticism of the Russia investigation.

The state of Maryland is expected to file court documents on Tuesday.