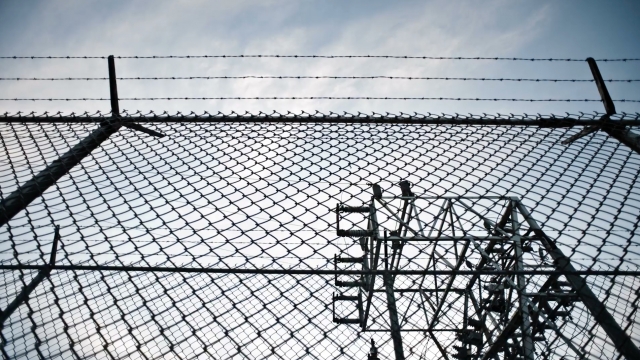 SMS
Maryland's Senate Extends Voting Rights To All Ex-Convicts
By Grant Suneson
By Grant Suneson
February 9, 2016
Maryland's House and Senate overruled vetoes from the governor on legislation that allows convicted felons to vote as soon as they're released.
SHOW TRANSCRIPT

Maryland’s Senate overturned its governor’s veto on a bill that makes felons eligible to vote as soon as they’re released from prison. (Video via WMAR)

Previous rules forced ex-convicts to wait until they were no longer on parole or probation. But now, more than 40,000 Maryland residents will get the right to vote right after their release.

Republican Gov. Larry Hogan vetoed similar bills in both the state’s House and Senate, but both vetoes were overruled by legislators Tuesday. (Video via WMAR)

Hogan wrote on Facebook that legislators "just voted to ignore the overwhelming majority of Marylanders by granting current felons the right to vote."

Hogan hasn’t really had much of a say in anything lately. Each of the six bills he vetoed in 2015 were overturned by the Democrat-dominated House.

Perry Hopkins, an ex-convict who advocated for the bill, told MSNBC: "From the minute you are released from prison, you are able to pay taxes, you are working to reintegrate back into society in a productive way, and you deserve the full rights of citizenship. It’s just that simple."

The law will go into effect in March, giving those affected by it the chance to exercise their new right in time for the 2016 primary elections.