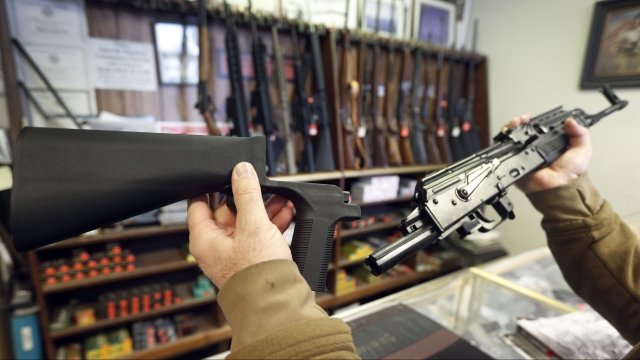 The legislation includes a ban on bump stocks and the introduction of a so-called "red flag" law. That law lets family members and law enforcement ask a judge to temporarily restrict a person's access to firearms if they're believed to pose a threat to themselves or others.

Gov. Larry Hogan said the gun control laws are "common sense bipartisan measures that will keep guns out of the hands of the mentally ill and those with criminal backgrounds."