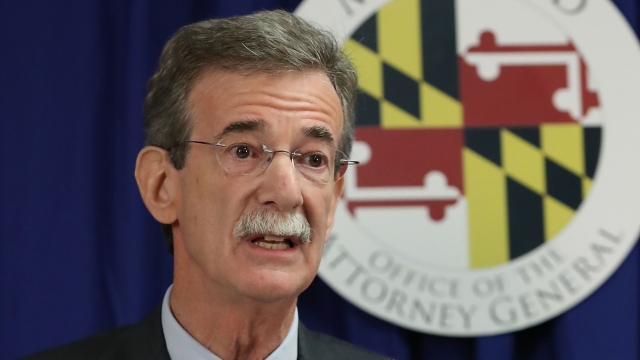 Sixteen states are suing President Trump over his national emergency declaration. All but one are run by Democrats. Maryland is the only state filing suit with a Democratic attorney general but a Republican governor. Gov. Larry Hogan said Wednesday morning there is no national emergency.

"We've exaggerated what's going on at the border," Hogan said. "I think the president made some real mistakes here, and I don't think using the emergency powers is the right thing to do, and I think it should be challenged."

But Hogan, like other Republicans, hasn't been involved in the lawsuit itself. Attorney General Brian Frosh, who has joined a number of lawsuits against the president on behalf of the state, says before joining the suit, he considered whether Maryland had grounds to get involved.

Frosh writes in the lawsuit the action "by the federal government ... threatens the public interest and welfare of Maryland residents." The administration plans to take funds the state of Maryland typically uses to investigate and prosecute drug offenders for the wall. There are also plans to pull up to $513 million in military construction from the state. Frosh believes it'll be impacted from a fiscal and a safety standpoint.

Frosh says it's ironic that the two funds being pulled, drug-related and national defense, are the precise reasons the president gives for building the wall. The states in the suit call the actions unconstitutional.

The California attorney general, who brought the suit, says he believes more states are expected to join in on this and possibly other suits.