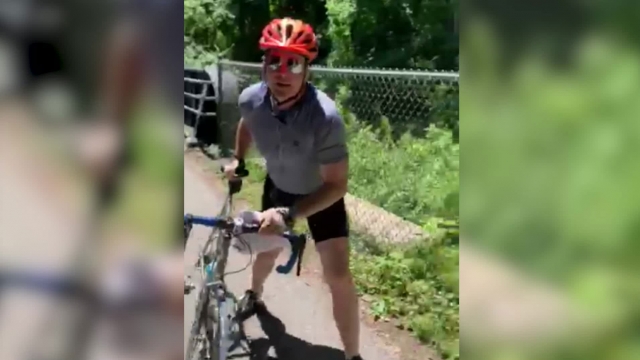 A Maryland cyclist faces charges of second-degree assault after a video showing an altercation between him and Black Lives Matter supporters went viral.

Police arrested and charged Anthony Brennan III Friday after he was filmed accosting three people posting fliers about the organization. He was released from custody Saturday after posting bond.

The video then shows things turning violent, with the man snatching fliers from one person's hands before using his bike to shove another to the ground.

Brennan said — through his attorneys — his behavior in the video was "unacceptable and wrong" and that he felt "sick with remorse." He said he hopes to address his actions "through counseling."