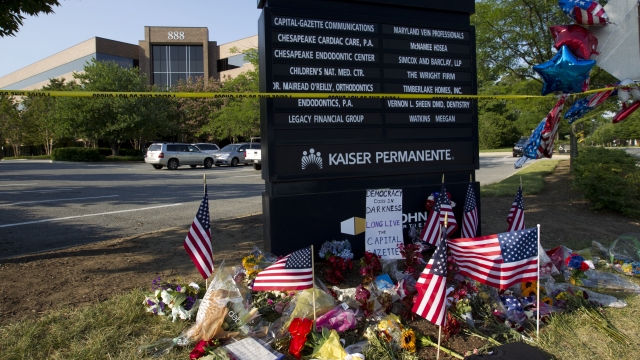 A man who killed five people at a newspaper in Maryland was sentenced Tuesday to more than five life sentences without the possibility of parole.

He had pleaded guilty but not criminally responsible to all 23 counts against him in 2019, using Maryland’s version of an insanity defense. The case was delayed several times before and during the coronavirus pandemic.

Before announcing the sentence, the judge noted that Ramos showed no remorse for the crimes and even told a state psychiatrist he would kill more if he were ever released.

The assault was one of the worst attacks on journalists in U.S. history.

After a 12-day trial in July, a jury took less than two hours to reject arguments from Ramos' attorneys that he could not understand the criminality of his actions.

Prosecutors contend Ramos, 41, acted out of revenge against the newspaper after it published a story about his guilty plea to a misdemeanor charge of harassing a former high school classmate in 2011. Prosecutors said his long, meticulous planning for the attack — which included preparations for his arrest and long incarceration — proved he understood the criminality of his actions.