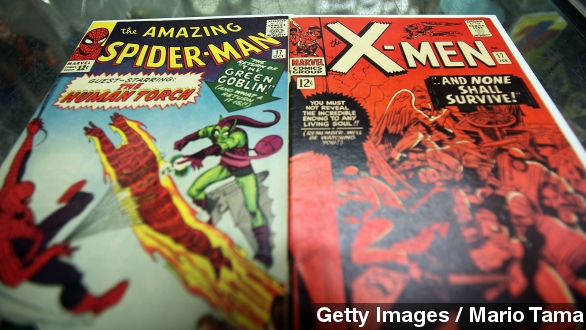 A long-running legal dispute over the rights to some of Marvel's most popular characters has finally come to an end and the result was less climactic than most superhero action movies.

The family of Jack Kirby, the deceased creator of several beloved characters like Thor, Captain America, The Hulk, Spider-Man and The X-Men, has been in a legal battle with Marvel over the rights of characters Kirby created since 2009. A district court ruled that since Kirby had signed those rights away to Marvel, his family had no claim to the characters and an appellate court agreed.

The family had been seeking a Supreme Court review of that appeal until The New York Times reported Friday they had reached an out-of-court settlement with Marvel.

A statement from Marvel read: “Marvel and the family of Jack Kirby have amicably resolved their legal disputes and are looking forward to advancing their shared goal of honoring Mr. Kirby’s significant role in Marvel’s history.”

The terms of that deal are not yet known but if the case had it's day in court, it could have potentially affected several corners of Hollywood.

Marvel, which is owned by Disney, owns most of those characters Kirby's family was suing over

But 20th Century Fox owns the movie rights for X-Men and The Fantastic Four.

Sony has a longterm deal to make Spider-Man films.

And don't forget all those Marvel attractions at Universal Studios in Florida either.

Plus, the case had the potential to set a broader precedent as well.

The Hollywood Reporter writes, "the case represented the balance of power between creative contributors on one side and studios who manage production and distribute works on the other."

Kirby, who died in 1991, worked alongside Stan Lee to create many iconic Marvel characters during what many call the golden age of comics.