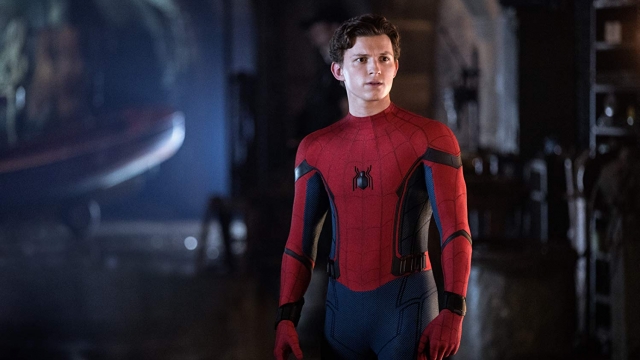 "You gonna be the next Iron Man now?"

Too busy, indeed. Because it sounds like Spider-Man is swinging out of the Marvel Cinematic Universe for good.

Let's get some background information out of the way: While the famous web-slinger is a Marvel comic book character, Sony has owned the film rights to Spider-Man since 1999.

But Spider-Man was introduced to the MCU in 2016's "Captain America: Civil War," after Sony and the Disney-owned Marvel Studios came to an agreement to essentially share the superhero.

It was a win-win agreement for both studios. Sony kept the majority of the revenue its solo Spider-Man films made at the box office, but it got Marvel's help on the production side — something it desperately needed after critics bashed Andrew Garfield's portrayal of Spider-Man.

Meanwhile, Marvel got to use Tom Holland's version of the character in its various team-up movies. It also received all merchandising revenue for the character and a reported 5% of the first-dollar gross made by Sony's Spider-Man flicks.

But this summer's "Spider-Man: Far From Home" movie raked in more than $1.1 billion at the box office, making it Sony's highest-grossing film ever.

While that was going on, Sony and Disney were trying to negotiate another deal. Sources told Deadline that Sony wanted to keep the agreement as it was. But the House of Mouse reportedly wants upcoming solo Spider-Man movies to be co-financed equally between the studios — which would also result in a 50/50 share of the profits.

The two studios couldn't come to a consensus, and Sony confirmed Tuesday night that Marvel Studios President Kevin Feige won't serve as lead producer on its next Spider-Man film.

Although Sony has yet to officially announce its next live-action Spider-Man film, it reportedly has at least one or two more films featuring the web-slinger coming down the pipeline.