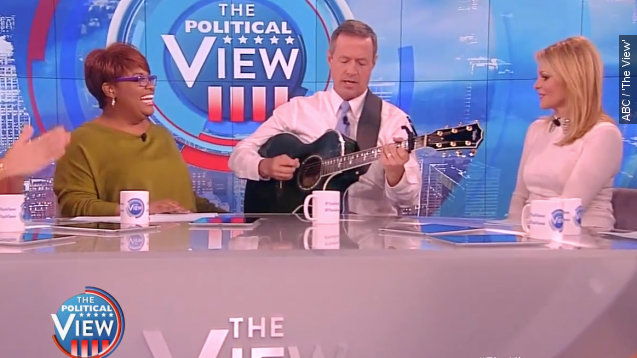 SMS
Martin O'Malley Covers 'Bad Blood' On 'The View'
By Ben Lawson
By Ben Lawson
October 20, 2015
The presidential candidate showed off his musical side on the daily talk show.
SHOW TRANSCRIPT

"Katy Perry is doing a benefit concert for one of my opponents in Iowa so in response, I thought I would offer this up for Taylor Swift," O'Malley said.

The song is rumored to be about a feud between Swift and Katy Perry.

Katy Perry is planning a benefit concert for Hilary Clinton on Saturday.