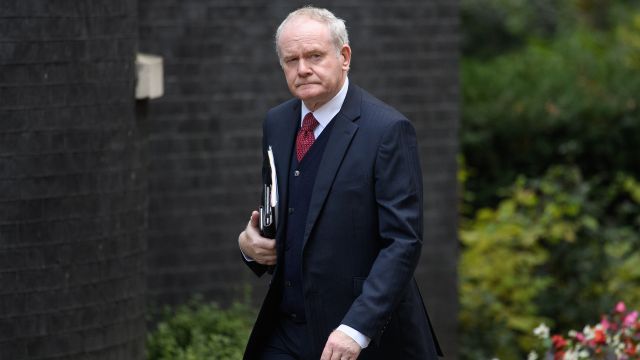 Martin McGuinness, a Northern Ireland politician and former commander in the Ireland Republican Army, has died at the age of 66.

He resigned from his role as the region's deputy first minister earlier this year amid reports that he was suffering from a rare heart condition. He died early Tuesday at a hospital in his hometown of Derry.

McGuinness first rose to prominence as a leader in the paramilitary IRA during the Troubles — Northern Ireland's bloody conflict over independence from the U.K.

"At the end of the day, it'll be the cutting edge of the IRA which will bring freedom," McGuinness told reporters.

He is survived by his wife, Bernie, and their four children and grandchildren.