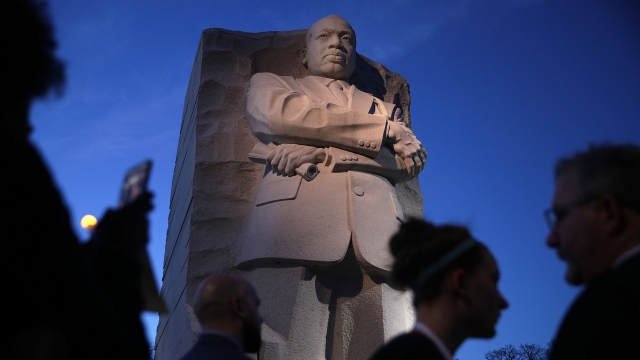 Martin Luther King Jr. National Historical Park in Atlanta reopened this weekend for the first time since the partial government shutdown began, thanks to a grant from Delta Air Lines.

The park reopened Saturday ahead of Martin Luther King Jr. Day and will stay open until Feb. 3. Delta CEO Ed Bastian shared the news on his LinkedIn page and said, "These historic landmarks represent the strength of our community and should always be made available for the public to enjoy."

President Donald Trump and Vice President Mike Pence visited King's memorial in Washington, D.C., on the 31st day of the government shutdown, and President Trump laid a wreath on the memorial.

At a breakfast honoring his father, Martin Luther King III called out the vice president on Monday for quoting King Jr.'s "I Have a Dream" speech to defend the proposed border wall on CBS' "Face the Nation."