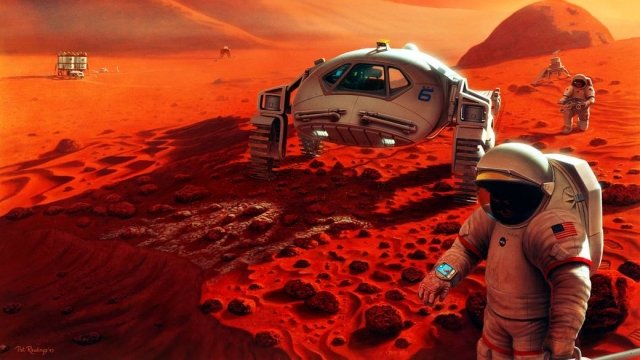 SMS
Newly Discovered Martian Ice Could Be Good News For Future Astronauts
By Ethan Weston
By Ethan Weston
January 11, 2018
Astronauts could get all the water they need from the ice.
SHOW TRANSCRIPT

Scientists think ice found below the Martian surface began as snow that fell on Mars long ago.

Some of that ice is sticking out above the surface where it's combined with rocks and dust, making the ice a prime target for future lander missions.

That also means the ice is a lot more accessible than previously thought. And it could tell scientists a lot about Mars' climate history.

The deposits below the surface are also relatively pure, meaning they could be useful for possible future manned missions to the red planet.