Martha Stewart Moves American Made From eBay To Amazon 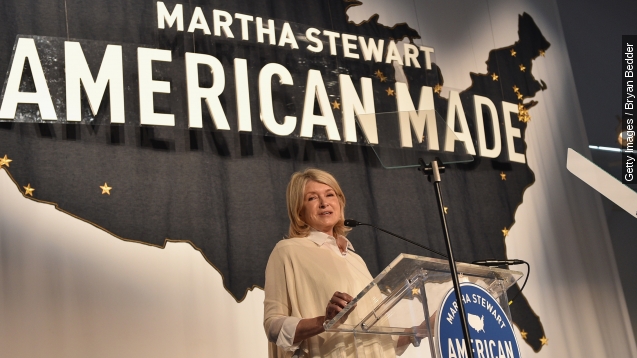 Going. Going. Gone. Martha Stewart is moving her American Made store from eBay to Amazon.

American Made offered handmade goods curated by the lifestyle guru and sold on eBay. It was supposed to be the online auction site's answer to Etsy, but Stewart announced Tuesday they were parting ways.

American Made went live on the Handmade at Amazon marketplace Wednesday. Since Handmade at Amazon's launch in October, the number of artisans hawking handmade items has doubled to more than 10,000 sellers with about 200,000 items total.

Etsy is still dominant in the market of handmade goods. The company lists about 36 million items for sale from 1.5 million sellers. Last year, Etsy merchants raked in gross sales of almost $2 billion.

But Amazon has grown into one of the country's largest retailers that's set to earn $100 billion for the first time. Those types of prospects are attractive to someone like Martha Stewart.

"It's a step in the right direction, I think, to showcase the vast number of entrepreneurial small companies emerging in the United States. And some of these companies might become the giants of tomorrow," Stewart said.