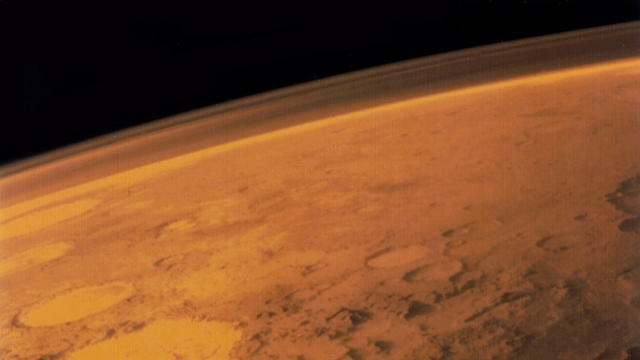 The high heat and pressures of asteroid impacts in the early solar system could have made Mars more habitable.

Mars was nicer back when giant rocks were slamming into it on a regular basis.

Ancient asteroid and comet impacts once gave the planet a more habitable environment, according to a new study from University of Colorado.

Computer models show impacts could have produced enough heat and raised the atmospheric pressure enough to jump-start Mars' water cycle — and where there's heat and water, there are sometimes microbes.

This study isn't suggesting there are microbes on Mars; it's just pointing out life would have been more easily supported.

These impacts took place almost 4 billion years ago, back when there was a lot more junk flying around the inner solar system.

Both Mars and Earth took a lot of hits from big space-rocks. But the computer models show in Mars' case, the heat from the impacts only lasted a few million years. Without oceans or a thick atmosphere like Earth's, the red planet literally ran out of steam.

Colbert: "You're a supervillain."

The bombs could melt frozen greenhouse gases and give Mars a thicker atmosphere, which means more heat and a better chance at eventually supporting life. NASA's not too keen on thermonuclear intervention, though.

But it could be more interested in investigating hits from old comets. NASA's Jet Propulsion Laboratory is scheduled to meet with the University of Colorado researchers to discuss potential landing sites and science tasks for the Mars 2020 research rover.

This video includes clips from NASA and CBS and and images from NASA. Music: "swing low" by Birocratic (http://birocratic.bandcamp.com).