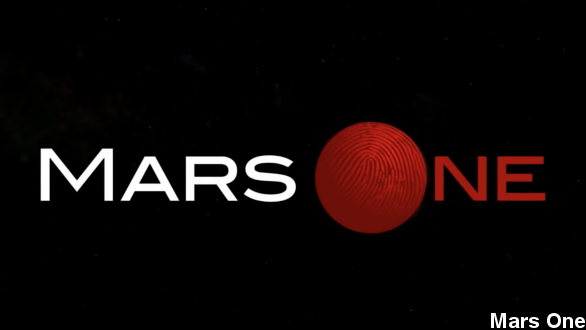 From the outset, the Mars One project has been ambitious. (Video via Mars One)

And as with all ambitious projects, the effort to colonize Mars with a private company within the next 20 years has attracted skepticism.

Nevertheless, the project has attracted interest from some prominent figures, including people who have worked with NASA in the past.

But now one of those people, Dr. Joseph Roche of Trinity College Dublin, is off the project. (Video via RTE)

Roche, unlike many of the project's 100 final candidates, has a pedigree: a PhD in astrophysics and time spent as a research assistant at NASA's Goddard Space Flight Center. (Video via TED)

So why would Mars One get rid of him? Well, mainly because of this column he wrote for The Guardian.

In it, he writes, "I think that the shortcomings of the selection process, coupled with their unwillingness to engage and collaborate with the scientific community, means that the time might have come for Mars One to acknowledge the implausibility of this particular venture."

In his column, Roche cites a paper put together by researchers at the Massachusetts Institute of Technology, which cast doubt on the viability of Mars One's plan.

In that paper, the researchers found Mars One's plans to use resources from the ground — oxygen and hydrogen — to make water, were unrealistic. They forecasted without those resources, the first crew member would die 68 days into the mission. (Video via Mars One)

Mars One's CEO Bas Lansdorp disagreed with those conclusions, although Popular Science reports he was not willing to share his own company's data with the researchers. (Video via Bitkom)

Roche is not the first scientist involved in the project to question its practicality. Dutch Nobel laureate and Mars One Ambassador Gerard 't Hooft said last month the company's timeline is unrealistic. (Video via University of Southampton)

For their part, other Mars One finalists have spoken out in defense of the project and emphasized the mission is still in its earliest stages. (Video via Youtube / Martian Colonist)

Mars One aims to start training its future colonists full time by the end of 2015. (Video via NASA)