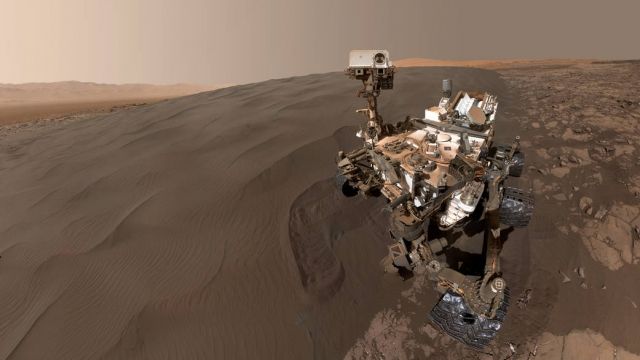 SMS
Mars Crater Might Have Once Been A Very Microbe-Friendly Lake
By Ethan Weston
By Ethan Weston
June 2, 2017
NASA's Curiosity rover has been exploring an ancient Martian lake since 2012. Now, a study says that lake could've teemed with microbial life.
SHOW TRANSCRIPT

Scientists have known for a while that extraterrestrial life might've once been possible on Mars. But a new study suggests the red planet was able to host more life for much longer than previously thought.

Since 2012, NASA's Curiosity rover has been exploring Gale Crater, which was a lake about 3 billion years ago.

The rover has been gathering data on the different kinds of rocks left in the crater. Scientists used that data to determine how much oxygen and what kind of environments once existed there.

What they found is that the crater once had a variety of environments that could have supported a diverse range of microbial life. 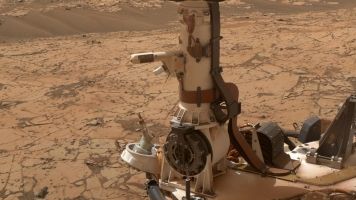 They also found the red planet was likely habitable between 3.8 billion and 3.1 billion years ago. That's a larger window for habitability than they'd thought.

That also happens to be around the same time life on Earth was first evolving.

But any life that might have evolved on Mars is almost certainly long dead. And Curiosity isn't actually set up to search for signs of life. For that sort of evidence, we'll have to wait until the Mars 2020 rover begins sending back data in a couple of years.