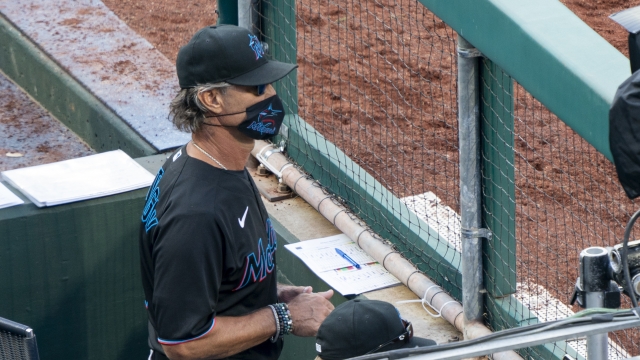 As the MLB season kicks off, one team is showing just how difficult it may be to keep the coronavirus under control as sports start back up.

On Tuesday, MLB suspended the Miami Marlins' season through Sunday after four more players tested positive for COVID-19 Tuesday morning. A total of 15 players and two coaches have tested positive during the outbreak.

The Philadelphia Phillies, who played the Marlins on Sunday, won't be allowed to play until Friday.

A day before the Marlins' suspension, MLB Commissioner Rob Manfred said the league would only consider altering a schedule if a team lost so many players that it was "rendered ... completely non-competitive."

Other sports leagues are preparing to start their seasons with restrictions. The NBA and NHL plan to resume their seasons in isolated "bubble" environments, but the NFL has said it won't go quite that far.

MLB will release more information about the Marlins' adjusted schedule later this week.