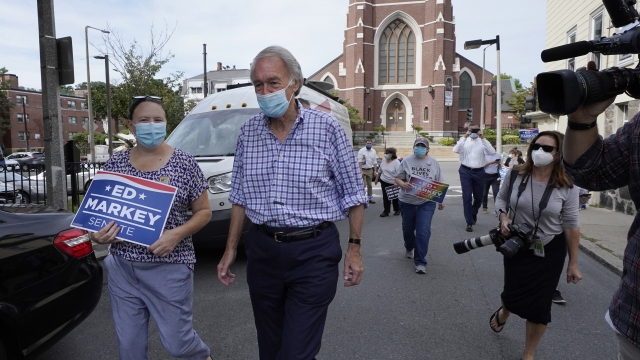 Tuesday was a good day for Democratic incumbents in Massachusetts.

Sen. Ed Markey held off a Democratic primary challenge from Rep. Joseph P. Kennedy III. Markey has represented Massachusetts in Congress for over four decades. He spent 37 years in the House of Representatives before earning a spot in the Senate in 2013.

Markey is a progressive Democrat who helped author the Green New Deal. He got endorsements from Sen. Elizabeth Warren and Rep. Alexandria Ocasio Cortez, while Kennedy was endorsed by House Speaker Nancy Pelosi.

In the race for the House, all the Democratic incumbents also won their primaries, including Rep. Richard Neal who’s the chairman of the powerful House Ways and Means committee.

All the Democratic primary winners are expected to have an easy path to re-election in solidly-blue Massachusetts.