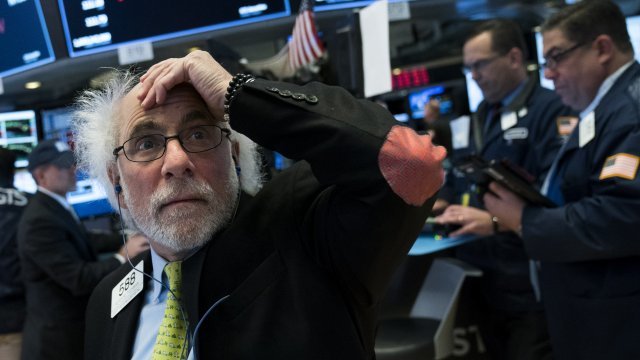 One of the hallmarks of President Trump's time in office is his affinity for bragging about the stock market. In tweet after tweet, he writes about the "record highs" and "unprecedented growth." But by the end of this year, the markets were nothing to gloat about.

"The markets are volatile right now because there's a lot of fundamental uncertainty in the economy," said James Angel, associate professor at Georgetown University's McDonough School of Business.

December is typically the best month for the stock market, but both the Dow Jones Industrial Average and the S&P 500 recently tumbled to lows we haven't seen in decades. With several factors still weighing heavily on the markets, it's possible that volatility could stick around to next year.

"One thing we know from experience is in periods of volatility, they're usually followed by more volatility," Angel said. "So we can expect the roller coaster ride to continue."

That roller coaster neared new heights under Trump. Since he was elected in November 2016, the S&P 500 has risen 28 percent — the biggest increase during the first two years of any presidency since 1954. But a number of economic challenges now might dampen that accomplishment.

Some of the risks have been short-term, like the threat of a government shutdown in December. Other threats, like the trade war with China and slowing global growth, could cause more disruption and scare investors off — which would have wide-ranging effects on the economy.

There's also one other thing causing jitters on Wall Street. With signs that home sales and auto sales are softening, some experts think the U.S. is due for a recession, which would certainly cause a nervous stock market in 2019.