Facebook Is About To Launch A 'Clear History' Feature 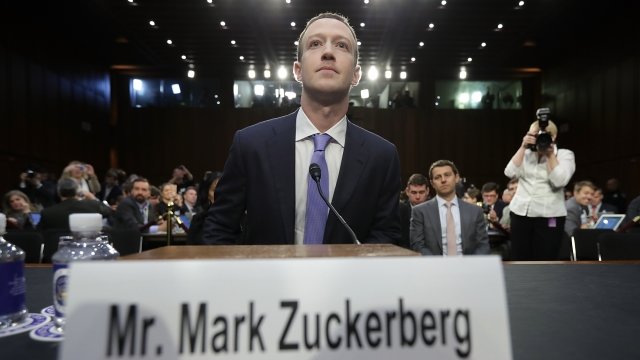 SMS
Facebook Is About To Launch A 'Clear History' Feature
By Austin Kim
By Austin Kim
May 1, 2018
CEO Mark Zuckerberg announced the feature was on its way but says it could make Facebook's user experience worse.
SHOW TRANSCRIPT

You'll soon be able to clear your browsing history on Facebook.

Facebook CEO Mark Zuckerberg announced his company is working on a "Clear History" feature. He said it will let users delete information about the posts, pages and profiles they've clicked on.

But Zuckerberg warned using the feature, like clearing cookies, could also make parts of your experience worse because Facebook would have to relearn some of your preferences.

The announcement is the latest chapter in a challenging year for Facebook — it's faced congressional hearings and a data-mining scandal. Zuckerberg admitted Tuesday he did not provide clear answers when asked about user data on Capitol Hill.

Zuckerberg said he hopes future updates to the site will help clear up users' confusion about privacy. This latest feature is expected to be rolled out in a couple of months.