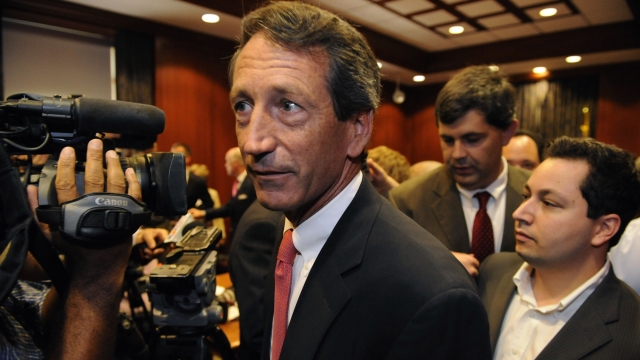 SMS
Mark Sanford Will Challenge President Trump In Republican Primary
By Alec Larson
By Alec Larson
September 8, 2019
Sanford said he was entering the presidential race "to further and foster a national debate on our nation's debt, deficits and spending."
SHOW TRANSCRIPT

Former South Carolina Gov. and Rep. Mark Sanford announced that he will run for president, challenging President Donald Trump in the Republican primary.

In a tweet, Sanford said that he was entering the presidential race in order "to further and foster a national debate on our nation's debt, deficits and spending."

Just a day earlier, the South Carolina Republican Party announced that it would forgo its 2020 GOP presidential primary. The group's statement read: "With no legitimate primary challenger and President Trump's record of results, the decision was made to save South Carolina taxpayers over $1.2 million and forgo an unnecessary primary."