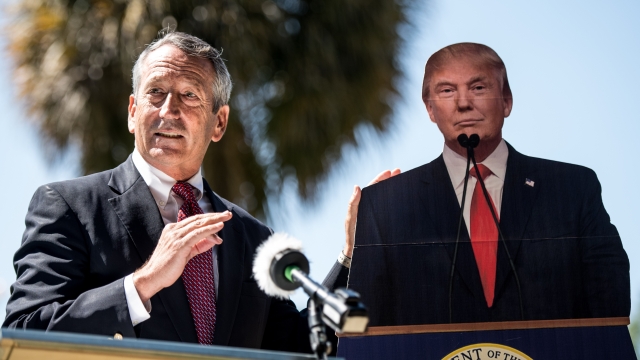 Former South Carolina governor and congressman Mark Sanford has dropped out of the 2020 presidential race.

Sanford made the announcement on Tuesday, saying the impeachment inquiry into President Donald Trump has made any discussion on policy issues "impossible right now."

"In essence, it's pulling all the oxygen out of the room, such that in at least Republican circles, you cannot have a meaningful debate on what we do about that debt and deficit, what comes next financially in this country. Instead, it is red versus blue team," Sanford said. "I think you've got to look at what's prudent, what makes sense in advancing the ideas that I believe in, which is we're spending too much money in Washington, D.C., we're accumulating debt, and deficits are going to have a profound consequence in people's lives. And where do we go from here?"

Sanford launched his bid back in September, becoming one of three candidates to challenge President Trump in the Republican primary. He acknowledged his bid "was a long shot from the very start," particularly with his campaign's main focus being on the issue of national debt, deficit and spending. He said these issues still deserve to be spotlighted more in the presidential debate, but added he doesn't think "a serious conversation on the Republican side on pretty much any issue" will happen "until the impeachment issue is dealt with."

It also didn't help that some states have canceled their Republican primaries in support of President Trump, including in Sanford's home state of South Carolina.